Lose and manage your weight, shape and sculpt your figure in a healthy, efficient and natural way.

Food supplement designed to support weight management by maintaining healthy metabolism. It combines ingredients that work synergistically to help break through weight loss barriers or sculpt the body acting on the CAUSE of overweight correcting hormonal signals that regulate fat, thus activating naturally the various actions (such as thermogenesis, fat burning, an increase in metabolism, appetite control, glucose metabolism, and detoxification) that our body needs to correct overweight and in the required ratio. These actions are built on a neurological and hormonal platform that diet programs and fads simply can not address. 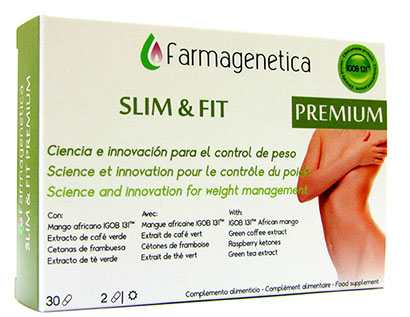 Recommended for everyone who wants to lose weight, manage weight or sculpt the body.

It is recommended to take this product for at least a month.

.:  Fat burn: helps to regulate fat burning hormones such as Leptin and Adiponectin.

.:  Reduction of the conversion of starch and sugar to body fat. 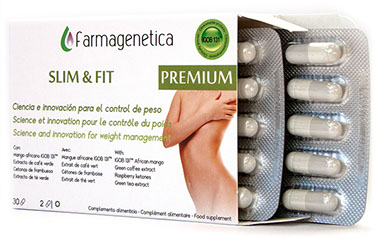 African Mango (Irvingia gabonesis) IGOB131™ (clinically proven) is a fruit found and grown in West Africa. The extract derived from the seed has been shown to support weight management through appetite suppression and increased metabolic rate. It works to slow body fat production by supporting favourable changes in Glycerol-3 Phosphate, Leptin and Adiponectin which supports reduction of the conversion of complex carbs into sugars, fat burning and hunger management. A decrease in leptin and C-reactive protein may result in support of weight management. Irvingia gabonensis supports a normal metabolic rate, which can support thermogenesis. Though not considered a thermogenic in the traditional sense, acting as a lipolytic agent, the African mango seed assists in the hydrolysis of brown fats and thereby supports the metabolic processes that cause the body to produce heat (known as thermogenic reactions.). Much of African mango seed extract’s detoxification supportive qualities are due to its antioxidant content, but there are other factors at play. Irvingia gabonensis is a source of water-soluble dietary fiber, which supports fecal bulk, thereby supporting proper elimination of waste materials. Further, Irvingia gabonensis supports lipolysis of fats contained in the liver, which can promote a favorable shift in the body’s ability to detoxify the fatty substances contained therein. A clinical trial was conducted to evaluate its effects in weight management, overweight volunteers received a 150mg dose 2 times a day resulting in a considerable improvement in weight and body fat, C-reactive protein, adiponectin, leptin, etc.

Green Coffee Bean Extract. Green coffee beans are pure and natural coffee beans that have not yet been roasted. The roasting process of coffee beans reduces amounts of the chemical chlorogenic acid. It provides antioxidant activity and supports metabolism in order to burn a higher proportion of lipids to carbohydrates. Green coffee bean extract is important in supporting normal hormone secretion from adipocytes mainly due to its containing chlorogenic and caffeic acids. Chlorogenic acid supports the slowed release of glucose into the bloodstream after a meal. This results in a lesser secretion of leptin and larger secretion of adiponectin to directly impact the support of normal fat storage duration and normal glucose tolerance. Chlorogenic acid has been shown in in vitro studies to support normal hydrolysis of the enzyme glucose-6-phosphatase, the mechanism that allows chlorogenic acid to support the body’s ability to regulate hepatic glycogenolysis (transformation of glycogen into glucose) and thereby support normal absorption of new glucose. One of the most evident detoxification supportive qualities of green coffee bean extract is chlorogenic acid’s ability to enter the liver without modification.This property has an effect not only on the support of glucose metabolism, but also on detoxification, as the presence of this unaltered antioxidant in the liver supports fat metabolism and therefore proper elimination of toxins. Most importantly, chlorogenic acid has been shown to support the enzymatic activity of glutathione s-transferase and NAD(P)H (quinone oxidoreductase), two antioxidant enzymes that support phase II detoxification processes. It contains caffeine which is a stimulant and a supportive agent of thermogenesis. Clinical trials have been conducted supporting its effects in improving weight and body fat and other virtues attributed.

Green Tea Extract is an excellent source of potent polyphenols (bioflavonoids with powerful antioxidant properties). Research has identified EGCG as the most active polyphenolic compound in Green Tea that supports thermogenesis (fat burning), healthy blood insulin levels and appetite control. We are all aware of the antioxidant content and supportive properties of green tea extract. As mentioned, antioxidant support has been hypothesized to effect support in the body’s ability to regulate glucose absorption and the secretion of leptin and adiponectin from adipocytes. Many of green tea’s supportive properties are due to its components’ tendency toward synergistic operation. The fact that green tea supports lipolysis allows it to support adiponectin and leptin secretion, thermogenesis, and hepatic lipid regulation and storage, thereby supporting detoxification. Further, research concerning green tea’s antioxidant qualities and interaction with enzymes suggest that its polyphenols exert supportive action on superoxide dismutase, catalase and glutathione s-transferase, major antioxidants involved in liver fat metabolism, consequently supporting detoxification processes. It contains caffeine which is an stimulant and a supportive agent of thermogenesis. A synergistic interaction between catechin-polyphenols and caffeine to augment and prolong sympathetic stimulation of thermogenesis could be of value in supporting weight management attempts.

“Raspberry Ketone”, This molecule that gives raspberries their odour and flavour profiles, also known as 4-(4-hydroxyphenyl) butan-2-one, is known to support the secretion of adiponectin from the adipose tissue, thereby supporting appetite control and the body’s ability to feel full. Raspberry ketone is a potent antioxidant, as adiponectin is related to oxidative stress, antioxidant nutrients support a beneficial shift in adiponectin secretion to support a normal rate of glucose metabolism. Supports proper lipid metabolism through supporting norepinephrine-induced fat burning in white adipocytes, it works by supporting the proper hormonal secretion from those adipocytes, meaning a normal level of leptin and a normal level of adiponectin. The structure of raspberry ketone is similar to capsaicin (a principle component of hot red pepper known for its heatproducing properties) and synephrine. Therefore, it can be inferred that exerted actions might be similar. Recent studies function with this hypothesis in mind, generally revealing raspberry ketone’s support of lipid metabolism and subsequent thermogenesis. Results of recent research also show that raspberry ketone supports activation of metabolic markers in the brown fat tissue, thereby supporting thermogenesis. Because raspberry ketone supports adiponectin levels and norepinephrine-induced lipolysis, it has the unique quality of specifically supporting normal levels of liver and visceral adipose fat. This potent antioxidant also supports liver health and proper detoxification through its support of free radical neutralization and toxin elimination.